“I am honored to have earned the support of the Local 49. Our tradesmen deserve an Attorney General that will fight for them, not one that emboldens criminals and puts protestors over workers.  I look forward to being an ally to the hardworking 49ers by supporting economic growth and good-paying jobs and ensuring every Minnesotan feels safe both at work and at home,” said Schultz.

“We have met with Mr. Schultz and believe he is committed to supporting tradesmen and women, including vigorously enforcing the strong prevailing wage and wage theft laws that protect Minnesota workers. Also of utmost importance, Mr. Schultz will bring a renewed commitment to hold violent criminals accountable and help put an end to the lawlessness that has plagued our state for the last few years. He will also foster respect for our brothers and sisters in law enforcement, not encourage hostility,” said George.

George added that the Attorney General’s race is personal for the 49ers, calling attention to how tradesmen were “terrorized by lawbreaking Line 3 protestors” during construction of the pipeline. The hundreds of people who were arrested during the violent protests recently requested Governor Tim Walz appoint Attorney General Keith Ellison as a special prosecutor in the “most egregious cases.” Ellison failed to publicly reject the request.

“Today, our members working in both the public and private sector in the Twin Cities do not feel safe on the job in far too many circumstances. This must end,” said George. 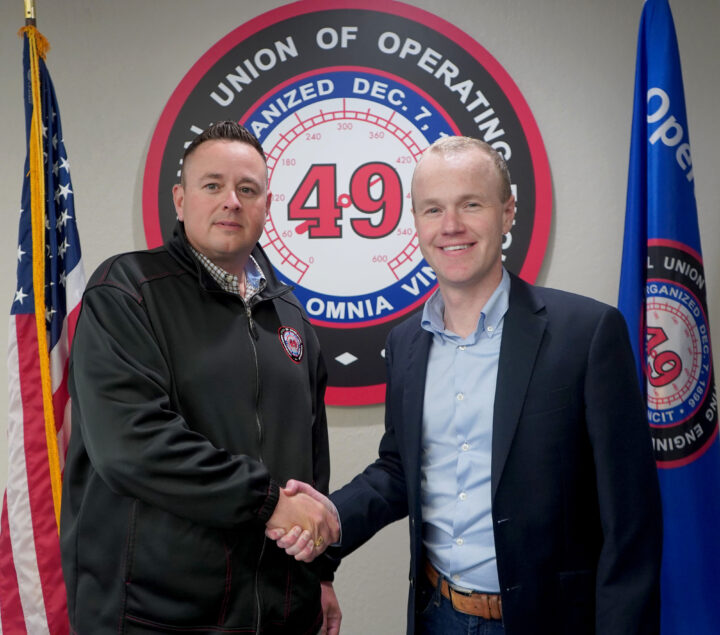